An online course on the
Arabic Musical Scales of Quranic Recitation 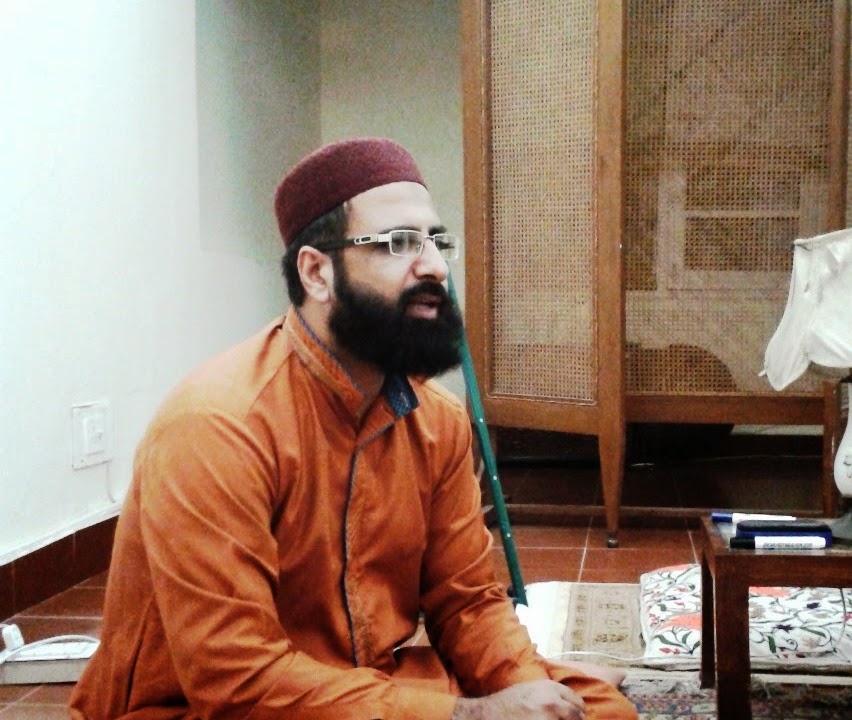 Qari Khalid Uthman Alvi is one of the renowned qurra of Pakistan. He teaches at Superior University, Lahore
Criterea for Registration:
1) Hifz of minimum last 10 Surahs of the Quran
2) Knowledge of Tajwid ul Quran
(Hast-o-Neest offers guidance on Tajwid)
Registration:
Send 'Recite: Name, Email & Cell number'
to 0300 847 1855 or on hast.o.neest@gmail.com
Queries: 0300 847 1855
No comments: 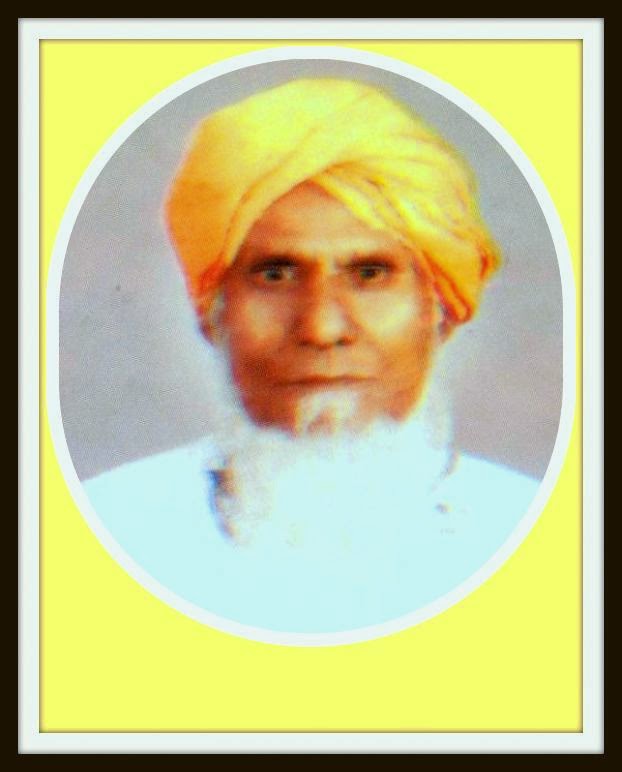 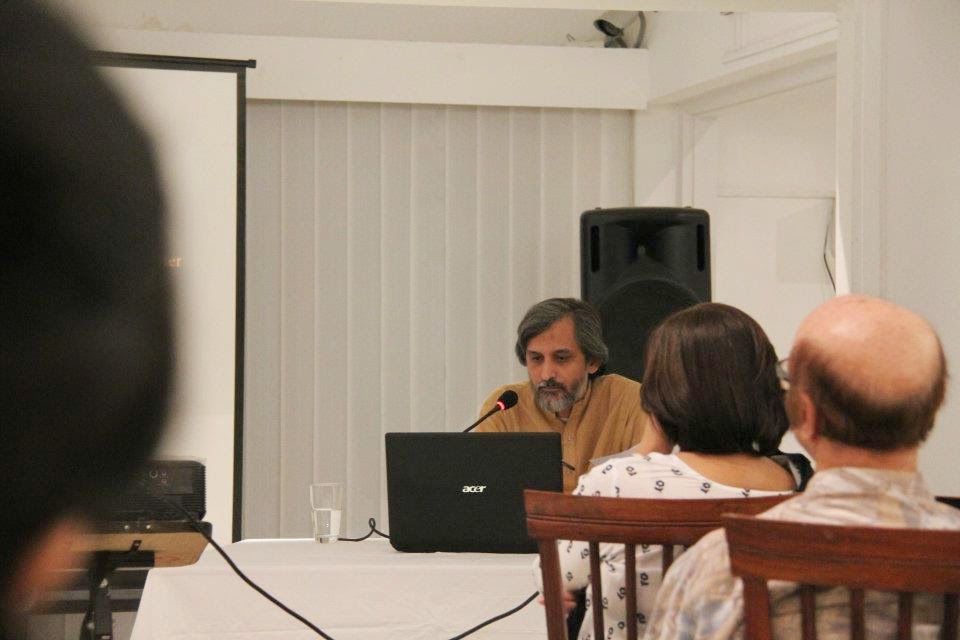 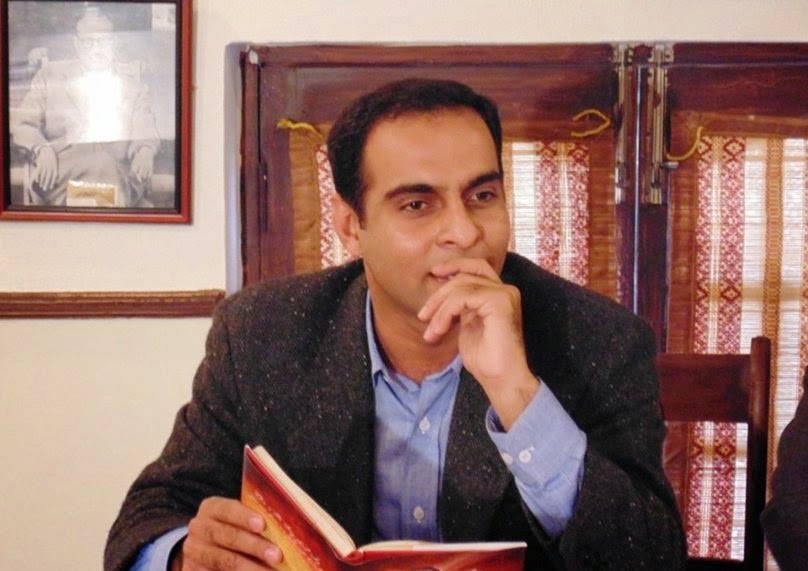 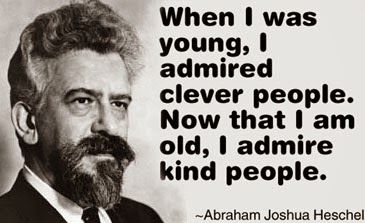 Abraham Joshua Heschel (1907 – 1972) was a Polish-born American rabbi
and one of the leading Jewish theologians and Jewish philosophers of the 20th century.
After a traditional education and studying for Orthodox rabbinical ordination, Heschel pursued his doctorate at the University of Berlin and a liberal rabbinic ordination. He served as professor of Jewish ethics and Mysticism until his death in 1972.

Dr. Qaiser Shahzad is Assistant Professor in the Department of Aqeedah & Philosophy at IIU Islamabad. He is the author of the book 'Biomedical Ethics: Philosophical and Islamic Perspectives' (Islamabad: Islamic Research Institute, 2009) and has read numerous papers at national and international seminars.

The Ahmed Mimar Centre of Architecture

Seminar 03
Unraveling the Mystery of Proportion
in Mughal Architecture 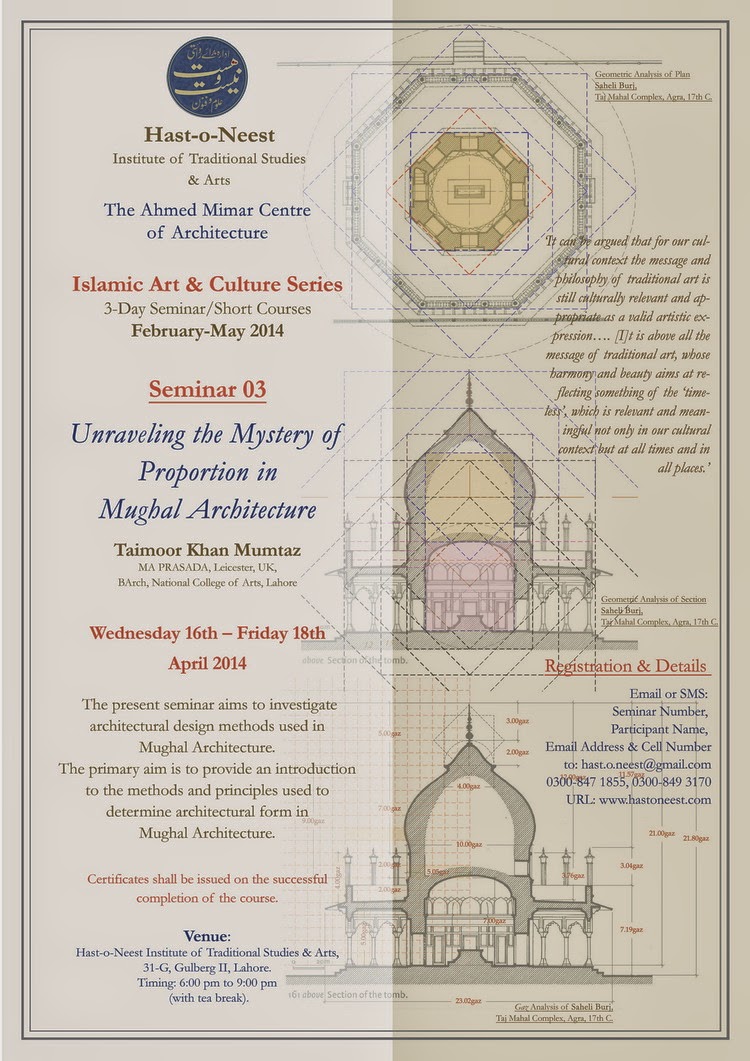 ‘It can be argued that for our cultural context the message and philosophy of traditional art is still culturally relevant and appropriate as a valid artistic expression…. [I]t is above all the message of traditional art, whose harmony and beauty aims at reflecting something of the ‘timeless’, which is relevant and meaningful not only in our cultural context but at all times and in all places.’

Hastoneest  Seminar/Short  Courses are intensive learning courses of three days where leading scholars and members of the Hastoneest teaching faculty give participants an introductory understanding into topics related to tradition and modernity.

Reading material will be provided. Certificates will be issued for each course.
Venue: Hast-o-Neest Institute of Traditional Studies & Arts, 31-G, Gulberg II, Lahore.
Timing: 6:00 pm to 9:00 pm (with tea break) 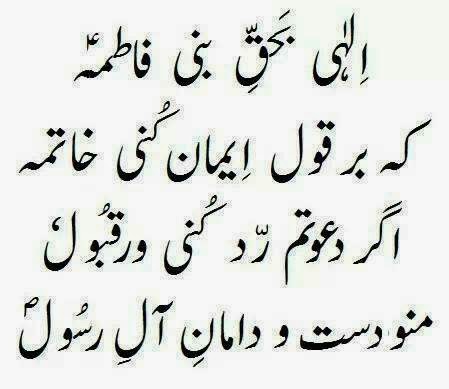 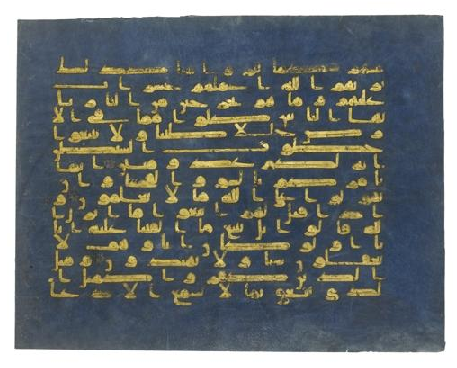