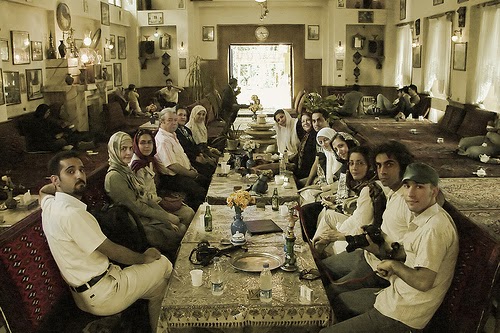 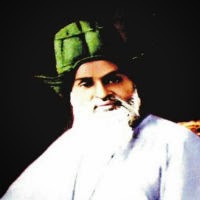 Doctrinal Sitting:
The Metaphysics of Oneness of Being (Wahdat al-Wujud)
by Dr. Shahzad Qaiser

(Certificate ceremony of the Seminar Course: 'Islamic Civilization & Cultures' by Dr. Amjad Waheed will be conducted after the Dars at 7:00 pm inshallah)

Khattat Khalid Mehmood Nafeesi is a student of Syed Nafees Shah sahib and Rasheed Qamar sahib.
He has worked under Dr. Saleh Shahrzad and Farooq Alhaddad in the UAE from 2010 to 2012. Currently he teaches under the Directorate of Arts, Department of Culture and Information, Government of Sharjah, UAE.
He specialises in Khatt-e-Thuluth Jalli, Khatt-e-Naskh, Diwani and Diwani Jalli. He has participated in international calligraphy exhibitions and took second position in an International Calligraphy Competition held by IRCICA in 2013. 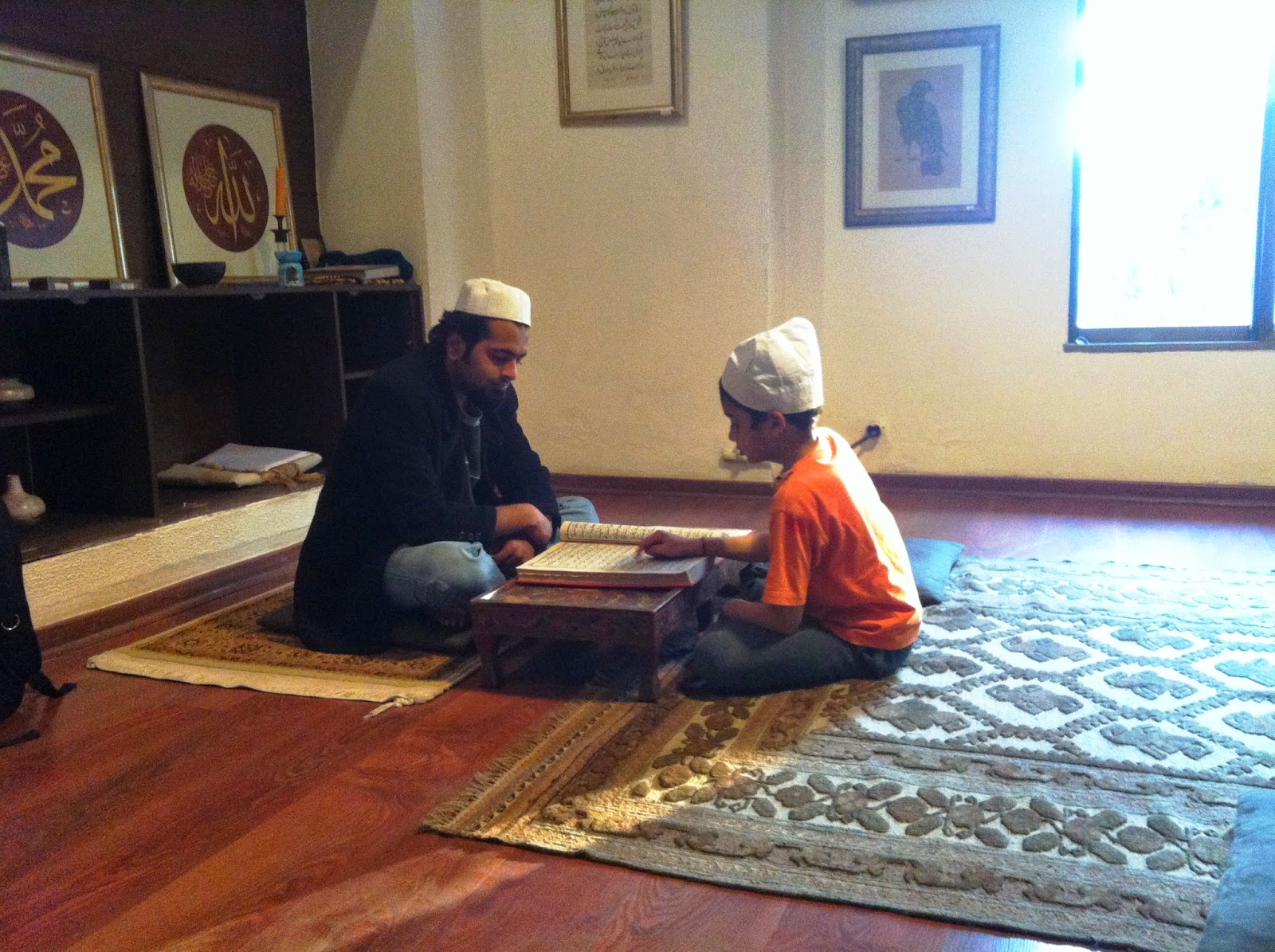 Thursdays, Saturdays and Sundays: 5:00 to 6:00 pm
Syed Tayyab Ali is a Hafiz-e-Quran and a technology entrepreneur.

"Being an expert in pronouncing letters with tajwid (reciting each Arabic letter or alphabet with the accurate sound) and knowledge of breaks (waqf) is tarteel." Hazrat Ali (a.s.) 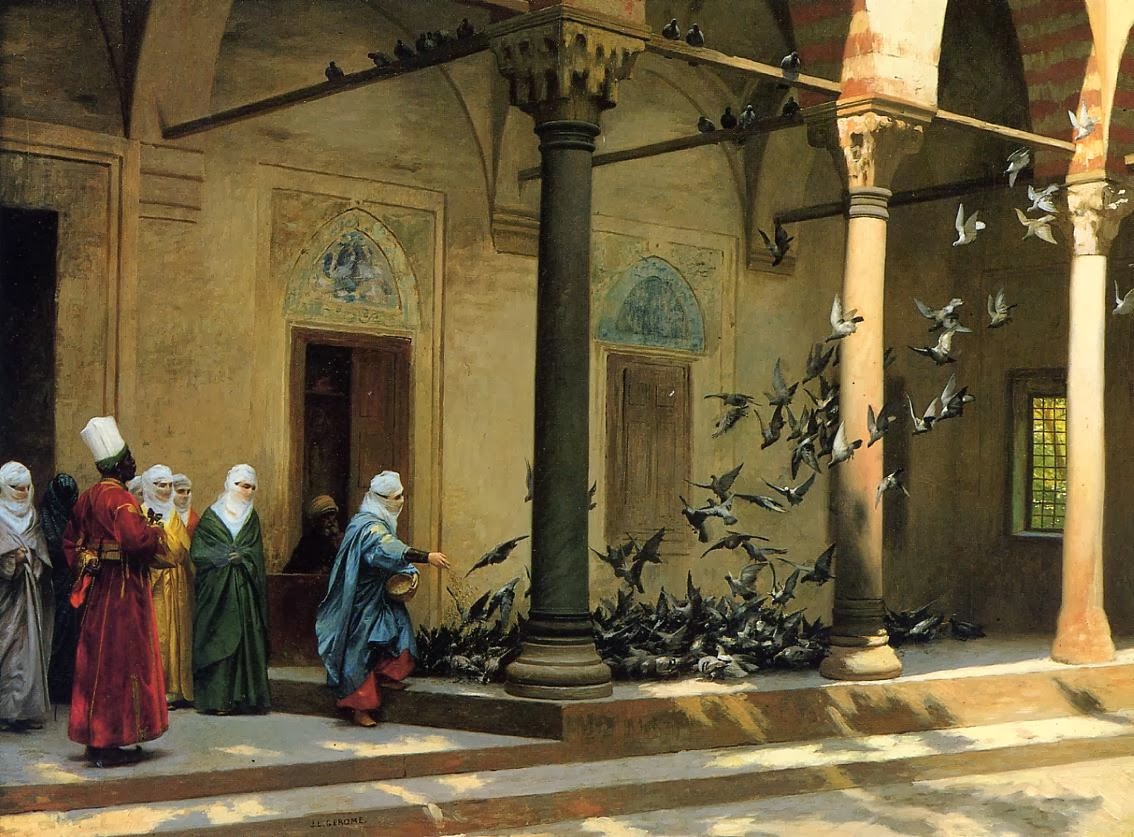 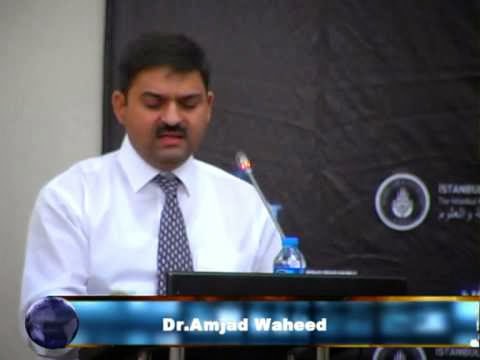 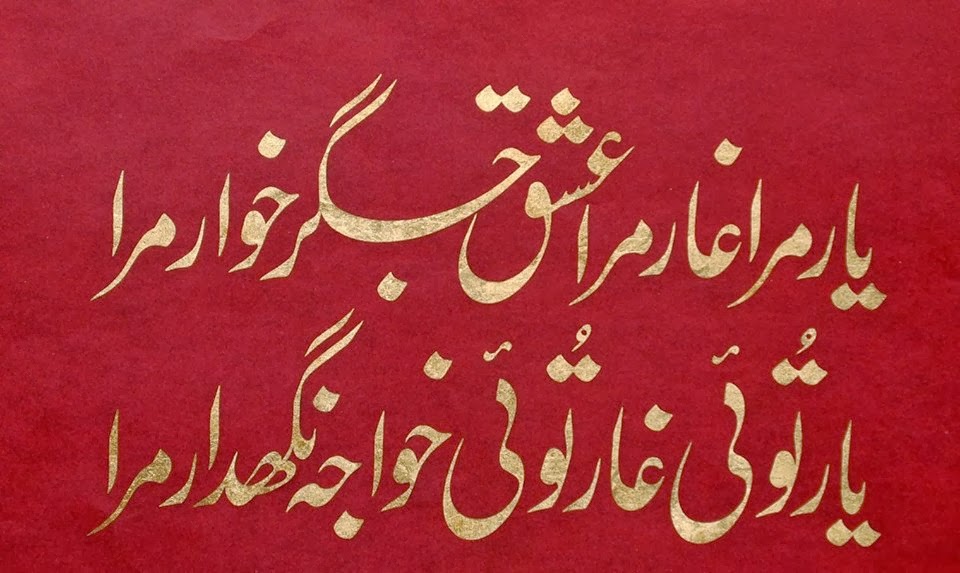 Hastoneest Seminar/Short Courses are intensive learning courses of three days where leading scholars and members of the Hastoneest teaching faculty give participants an introductory understanding into topics related to tradition and modernity.

One Seminar/Short Course is held per month. 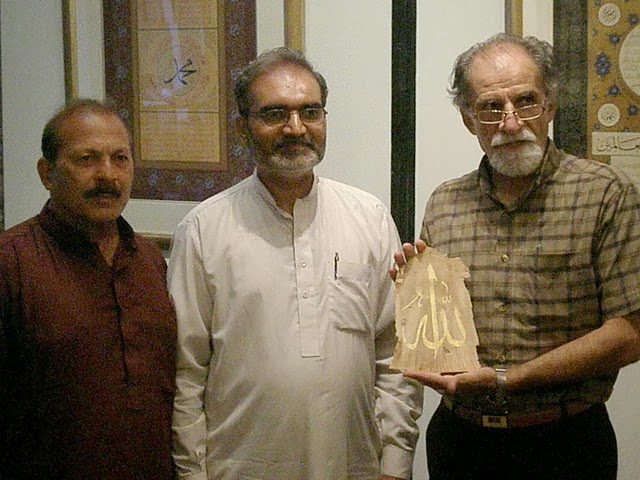 Irfan Ahmed Qureshi started calligraphy in 1985 under the supervision of renowned calligraphist Syed Anwar Hussain Nafees Raqm, and later learnt from Wajid Mehmood Yaqut Raqm. He has dedicate himself for the renaissance of classical calligraphy since 1990, when he established an organization named "Aiwan-e-Ilm-o-Fun". In 2008 Irfan A. Qureshi curated the Calligraphy Exhibition 'NASTALIQ' at NCA Lahore in connection with the International Conference on Islamic Art & Architecture. He is also associated with CCRS (Centre for Conservation and Restoration Studies) at the National College of Arts as a tutor of illumination.

Ustad Shaukat Ali Minhas Zarin Qalam is the student of  Syed Nafees Raqam, and a Member: Anjuman-e-Khush Naveesan-e-Tehran, Iran (Since 1978).


‘It can be argued that for our cultural context the message and philosophy of traditional art is still culturally relevant and appropriate as a valid artistic expression..It is above all the message of traditional art, whose harmony and beauty aims at reflecting something of the ‘timeless’, which is relevant and meaningful not only in our cultural context but at all times and in all places.’

The theoretical background for Mughal design methods shall also be studied. 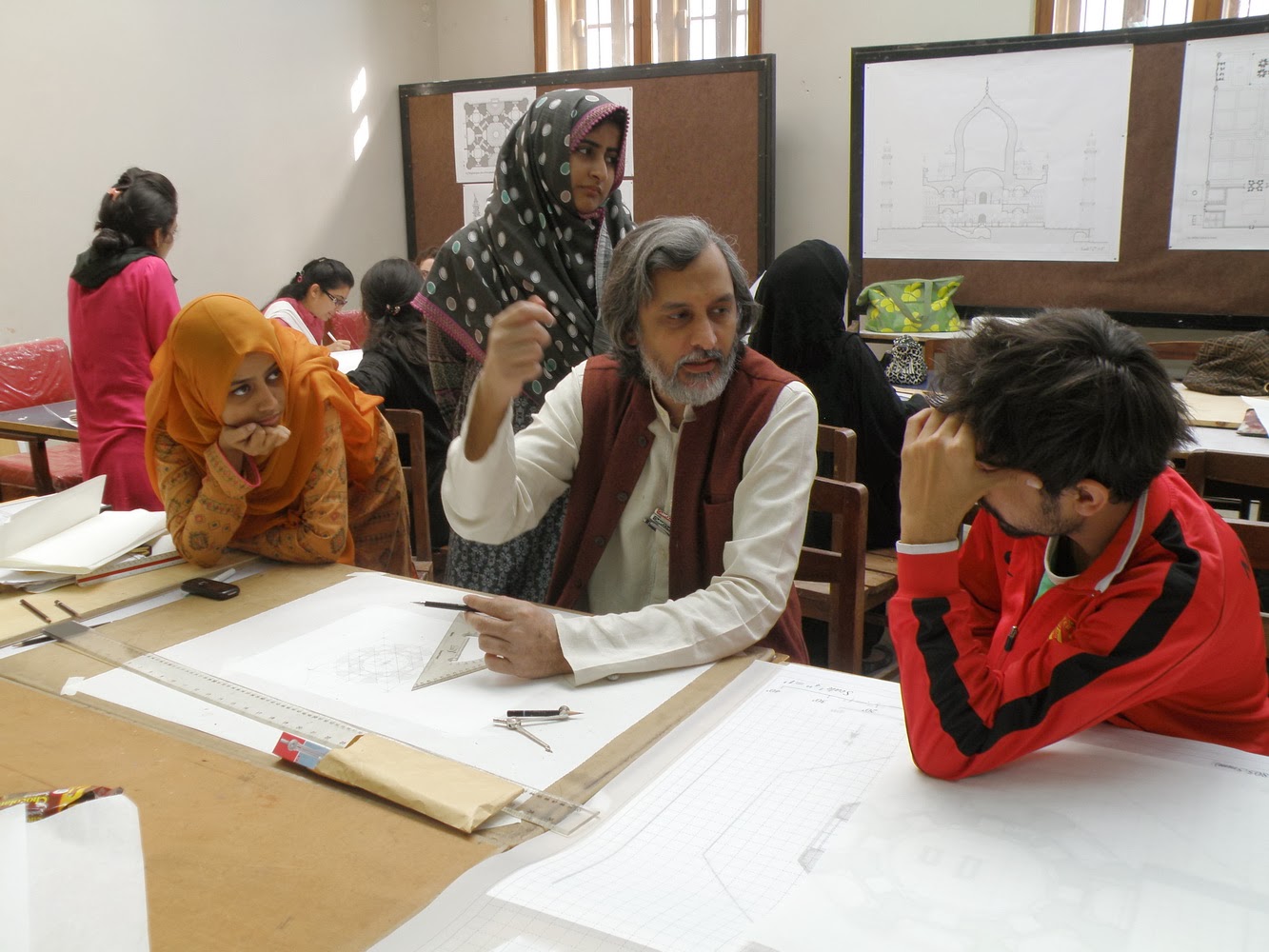 
The world of Miniature Art is essentially form. Any art cannot be called ' traditional ' or 'Islamic ' on the grounds that it's subjects originate in a spiritual truth ; it's formal language must bear witness to a similiar origin.

Every traditional art is founded on a science of forms, on the symbolism inherent in the forms. A symbol is not merely a conventional sign. As Titus Burkckhardt clearly defines it , a symbol manifests an archetype by virtue of a definite ontological law. It is this 'formal language ' within the world of miniature painting which we will explore in this course. 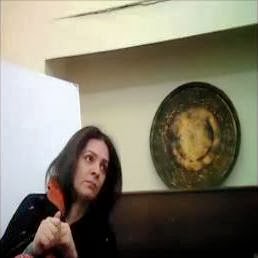 
Reading material will be provided. Certificates will be issued for each course.
Venue: Hast-o-Neest Institute of Traditional Studies & Arts, 31-G, Gulberg II, Lahore.
Timing: 6:00 pm to 9:00 pm (with tea break) 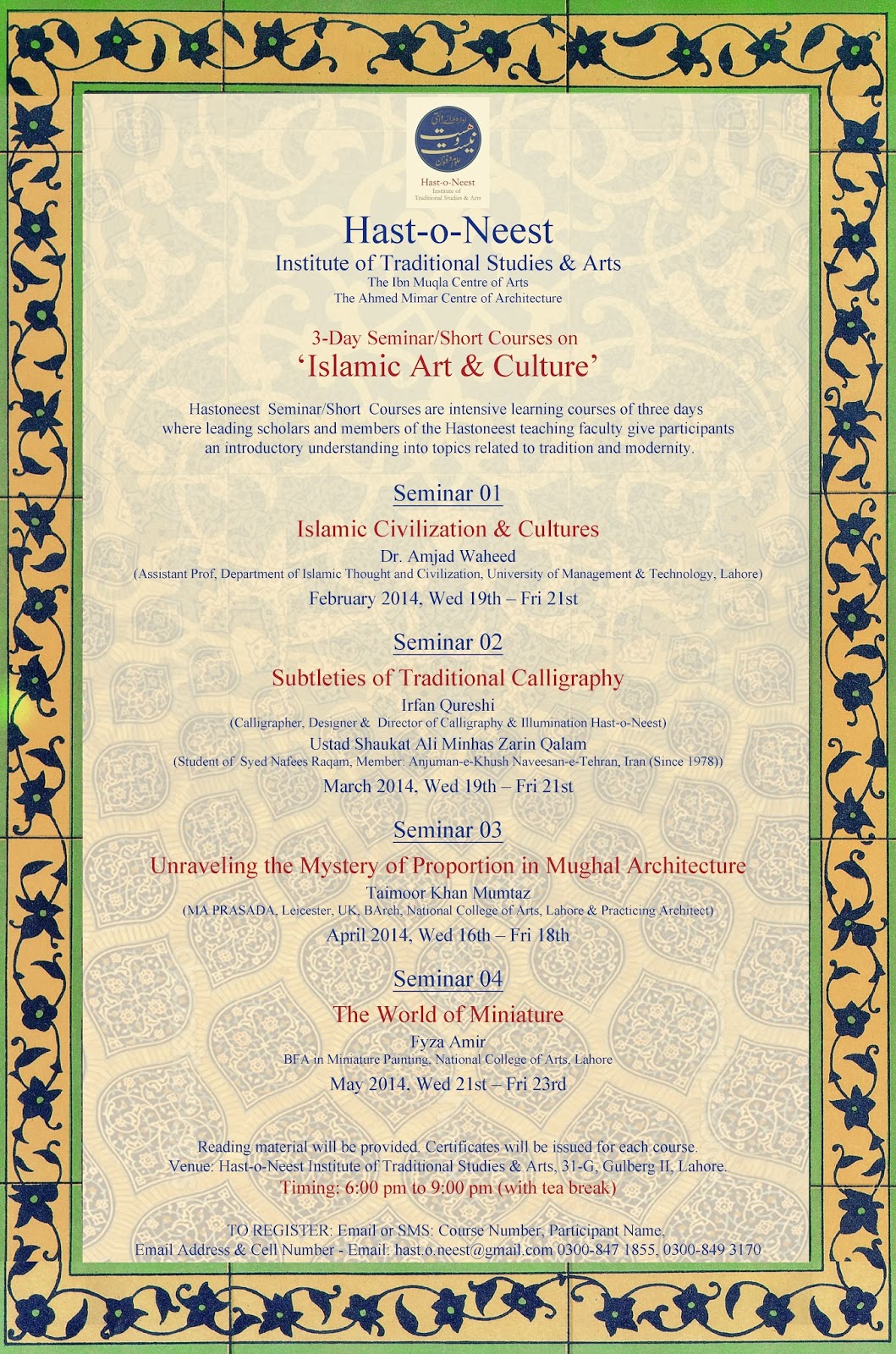 Weekdays or Weekends: Art of Calligraphy

The Ibn Muqla Centre of Arts 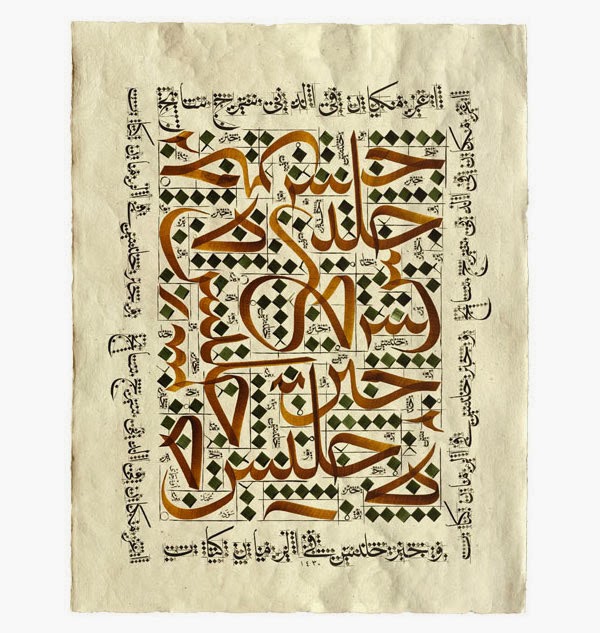 Khattati - Calligraphy
is dominated by strict rules with regard to the distinctive forms of the letter, proportions, continuity of rhythm and choice of style. Yet possible combinations of letters are nearly unlimited and styles vary from the rectilinear Kufi to the most fluid naskhi. The synthesis of utmost regularity and utmost liberty lends Arabic calligraphy its royal character.

In no other visual art does the spirit of Islam breathe more openly. (Titus Burckhardt)

ART OF TRADITIONAL CALLIGRAPHY
(Following the textbook of the traditional method of learning: Ustad-Shagird - where the effort and hardwork of the student encourages the Master to take him forward..)
Tuesdays and Thursdays
3:30 pm to 5:30 pm
&
Sundays only
2:00 to 4:00 pm
Ustad Irfan Ahmed Qureshi
Tuition: Rs. 4000/month

Ustad Irfan Ahmed Qureshi comes from a family where generations practiced the tradition of calligraphy. As a student of Syed Anwar Hussain Nafees Raqm and Wajid Mehmood Yaqut Raqm, he has dedicated himself to the art of classical calligraphy. 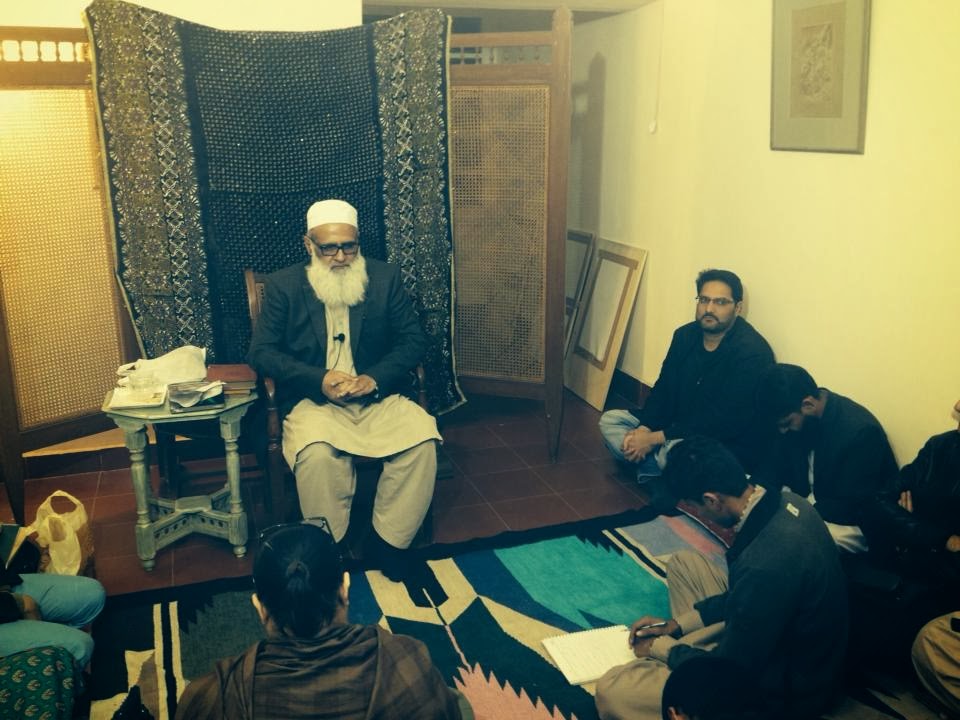