Qasim Ali Shah is a leading student trainer and career counsellor. He received his training in the fields of self improvement, career planning and the corporate sector. He has conducted
hundreds of training sessions and thousands of students have been trained by him. 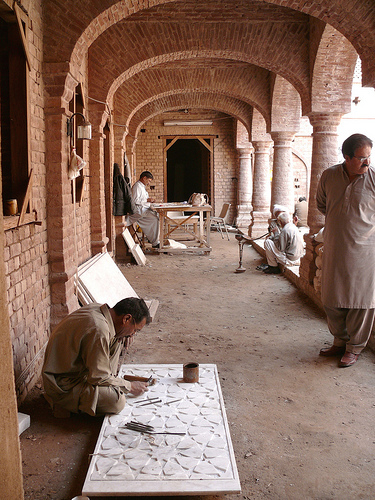 Hazrat Baba Hasan Din  (r.a.) (d.1968) was a Qadri Qalandari saint
who was born in Birmingham, England (Alfred Victor) and is buried near the Shalimar Gardens in Lahore.

Tour of the Mausoleum - 3:30 pm to 4:00 pm
Taimoor Khan Mumtaz will give a tour of the mausoleum which is designed by Kamil Khan Mumtaz Architects and built on traditional methods of construction.

The lecture will be projected in the library and
can be attended online* via Skype I.D. Hast-o-Neest

*If you wish to participate online, kindly send in your own Skype ID request to the Skype ID 'Hast-o-Neest' - and log in 10 minutes prior to the scheduled time with your mic switched off - Questions can be written at the end of the talk and Hasan Rizvi shb will answer them via Skype.

Syed M. Hasan Rizvi studied the religious sciences at Jamia al Hujjat, Islamabad for ten years. He has an M.A in Political Science from Punjab University and MPhil in Philosophy and Aqeeda (Ahl-e-Sunnat) from International Islamic University, Islamabad. 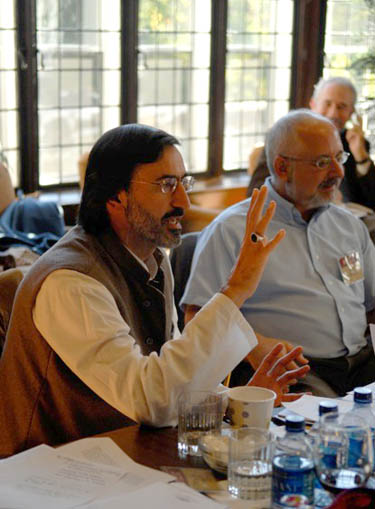 Registeration & Queries:
arusha.kamlani@gmail.com or via sms 0321-2027778
- with the number of invitation cards needed


Reza Shah-Kazemi studied International Relations and Politics at Sussex and Exeter Universities before obtaining his PhD in Comparative Religion from the University of Kent in 1994. He has authored several works, including most recently The Spirit of Tolerance in Islam (2012); Justice and Remembrance: Introducing the Spirituality of Imam 'Ali (2006). He is currently working on a biography of Imam Ali, entitled: The Triumph of Sanctity: 'Ali b. Abi Talib; and a volume of essays entitled: The Same God? Essays on Muslim-Christian Understanding.
1 comment: 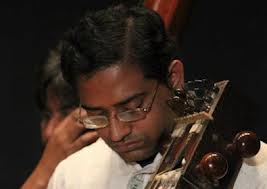 Email ThisBlogThis!Share to TwitterShare to FacebookShare to Pinterest
Labels: course

Lecture on Ethical Values in Islam 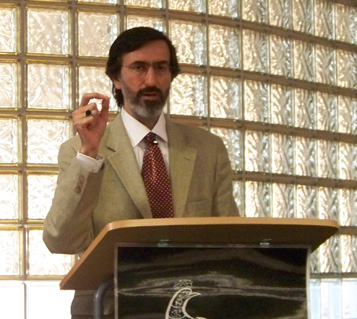 Reza Shah-Kazemi studied International Relations and Politics at Sussex and Exeter Universities before obtaining his PhD in Comparative Religion from the University of Kent in 1994. He has authored several works, including most recently The Spirit of Tolerance in Islam (IIS/IB Tauris, 2012). He is currently working on a volume of essays entitled: The Same God? Essays on Muslim-Christian Understanding. He is also working on a biography of Imam Ali:The Triumph of Sanctity: Ali b. Abi Talib

The Opening Ceremony, Inauguration of Exhibitions
College of Art & Design/ Calligraphers Association of Pakistan
3:00 to 5:00 pm

Papers read by the following speakers will be
Broadcast Live on our Live  Channel
('Hast o Neest' Skype will also be open):

Ms. Emma Clark at 12:20 pm
"Calligraphy and the Islamic Garden (reference to Taj Mahal & the Alhambra)" 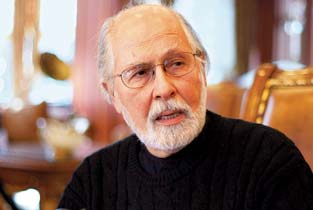 
A lecture (via Skype from Washington D.C.) by
Dr. Seyyed Hossein Nasr

REGISTRATION IS OPEN TILL Wednesday 12th December:
To register kindly send contact name, cell number & email address to
hast.o.neest@gmail.com or on 0008493170 for a guest list to be provided to LUMS security (Guests might be asked for their ID cards)

Seyyed Hossein Nasr, currently University Professor of Islamic Studies at the George Washington University, Washington D.C. is one of the most important and foremost scholars of Islamic, Religious and Comparative Studies in the world today. Author of over fifty books and five hundred articles which have been translated into several major Islamic, European and Asian languages, Professor Nasr is a well known and highly respected intellectual figure both in the West and the Islamic world.
No comments: