Sitting on The Wisdom of Imam Ali

A Special Monthly Sitting on 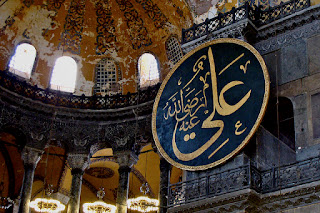 (Tea will be served)

(Wisdom of Imam Ali (a.s.) is held on every first Friday of the month)

Al-Sharif Al-Radi Abu al Hasan (Baghdad, 970-1015) is the compiler of letters, sermons and sayings of Imam Ali (a.s.) known as Nahjul Balagha or Peak of Eloquence.

His father al-Naqib Abu Ahmad was held in high regard at the courts of Banu 'Abbas. The influence of Abu Ahmad and his family assumed greater dimensions in the eyes of the rulers due to the tense and highly explosive situation created by the rivalries and conflicts between the Sunnis and the Shi'ah and the Turks and the Daylamites.

Al-Seyyed al-Razi completed his education at the age of twenty. His fame as a poet overshadowed his excellence in all other fields. Abu Ishaq Ibrahim ibn Ahmad al-Tabari (d. 393/1002-3), a faqih of the Maliki school gifted a  house to him when he found out he had no residence of his own. In those days due to a climate of tolerance at least among scholars and students, the Shi'ah and Sunni students used to attend classes of teachers belonging to different sects.

A number of al-Radi's teachers were Sunni and Mu'tazili.

Al-Sharif al-Radi had intimate friendly relations of mutual respect and love with eminent contemporary scholars, poets and writers professing different faiths, which was an indication of his broad humanism and tolerance. Al-Sahib ibn 'Abbad (326-85/938-95), one of the most influential of Muslim prime ministers and a great scholar of his age, was a patron of scholars and poets.