Announcement:
Sunday 23rd October Art Music event featuring Redhouse Musical Ensemble has been POSTPONED.
There is no program scheduled for this Sunday. 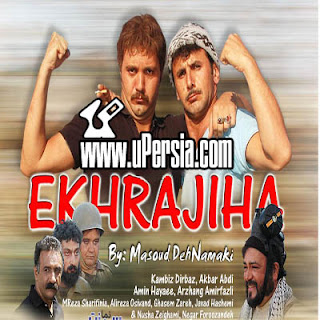 A 2007 Iranian film written and directed by Masoud Dehnamaki, set during the Iran-Iraq war.

The film is Dehnamaki's first feature film. He is known to be one of Iran's most extreme ultra-conservatives, with his viewpoints being extremely controversial. The film had also broken all box-office records in Iran, earning nearly 1 billion toman only twenty-eight days after its release and finishing its run with over 2 billion toman.
The movie, set in 1988 begins when Majid (Kambiz Dirbaz), a local thug from Southern Tehran is freed from prison along with his friend Amir (Arzhang Amirfazli). To avoid embarrassment, Majid and his friends have told his family and neighborhood that Majid is returning from Hajj. His lie though is revealed after some mistakes by Amir and his other friend Bayram (Akbar Abdi).

Email ThisBlogThis!Share to TwitterShare to FacebookShare to Pinterest
Labels: Events